TOKYO: On July 26, ahead of the Tenth NPT (Treaty on the Non-Proliferation of Nuclear Weapons) Review Conference that opens on August 1 at UN Headquarters in New York, Soka Gakkai International (SGI) President Daisaku Ikeda called on the five nuclear-weapon states to declare that they will never be the first to use nuclear weapons in a conflict: the principle of “No First Use.”

Today the risk that nuclear weapons will be used is at its highest level since the Cold War. Ikeda, a passionate campaigner for nuclear abolition for over 60 years, urges the five nuclear-weapon states under the NPT—the United States, Russia, the United Kingdom, France and China—to give substance to a joint statement made by their leaders on January 3, 2022, that “a nuclear war cannot be won and must never be fought,” by declaring policies of No First Use.

He proposes that the following points be included in the Final Document of the Review Conference:

- That the five nuclear-weapon states pledge to continue to abide by their January Joint Statement, immediately pursuing measures to reduce the risks posed by nuclear weapons in accord with their Article VI nuclear disarmament commitments.

- That the five nuclear-weapon states, as a matter of highest priority, declare their commitment to the principle of No First Use at the earliest possible date.

- That in order to give concrete form to the joint statement’s declaration that “none of our nuclear weapons are targeted at each other or at any other State,” the principle of No First Use be universalized as the security policy of all states possessing nuclear weapons as well as the nuclear-dependent states.

Ikeda urges: “We must remember that it was never the purpose of the NPT to establish continuing nuclear threat and confrontation as the inevitable fate of humankind.” He asks us to learn from the world’s hibakusha—the victims of the Hiroshima and Nagasaki bombings and the testing of nuclear weapons—who insist that no one anywhere should suffer what they have endured.

Ikeda argues that commitment to No First Use would also free resources to protect people from shared threats such as the COVID-19 pandemic and climate change.

On August 4, during the NPT Review Conference, the SGI will hold a side event promoting No First Use together with other like-minded organizations.

Daisaku Ikeda (1928 - ) is a Buddhist philosopher, author and president of the Soka Gakkai International (SGI), an NGO promoting peace, culture and education in consultative status since 1983 with UN ECOSOC. Every year since 1983, Ikeda has authored peace proposals offering concrete approaches to resolving the complex global issues facing humanity, centering on the need to abolish nuclear weapons. 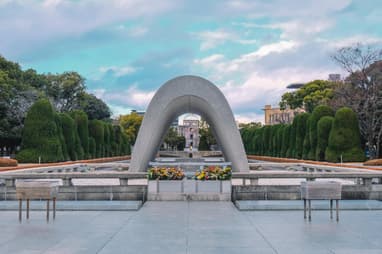 Ahead of the Tenth Review Conference of the NPT, Daisaku Ikeda, president of the SGI, issued a statement urging that No First Use be taken up as a… Read more