Ahead of the Tenth Review Conference of the Parties to the Treaty on the Non-Proliferation of Nuclear Weapons (NPT), which begins 1 August 2022, Daisaku Ikeda, president of the SGI, issued a statement urging that No First Use be taken up as a priority issue within the NPT framework.

Calling for No First Use of Nuclear Weapons

Seventy-seven years have passed since the atomic bombings of Hiroshima and Nagasaki. Not only is there a lack of any concrete progress toward nuclear weapons abolition but the risk that nuclear weapons will actually be used has risen to the highest level since the end of the Cold War. Nuclear weapons must never be used, and it is imperative that effective measures be taken to prevent this dire eventuality.

On 3 January this year, the leaders of the five nuclear-weapon states—the United States, Russia, the United Kingdom, France and China—issued a joint statement on preventing nuclear war and avoiding arms races in which they affirmed that “a nuclear war cannot be won and must never be fought.” In a world where divisions are as deep as they have ever been, it is crucial that all the nuclear-weapon states clearly declare that they intend to maintain the stance of self-restraint with regard to nuclear war. Building on that, they must take prompt measures to remove the possibility of nuclear weapons use—the fuse that could set off catastrophic horrors—from the current conflict, and to ensure that the threat of use does not become part of future conflicts.

Here, I would like to make an emergency proposal that the following points be included in the Final Document of the Nuclear Non-Proliferation Treaty (NPT) Review Conference which opens on 1 August at United Nations Headquarters:

My reason for urging that No First Use be taken up as a priority issue within the NPT framework is that if the goal of preventing nuclear war is pursued through existing deterrence policies, whatever reduction in risk might be achieved in the short run, it will leave the structures of confrontation and mutual threat in place.

Adoption of a policy of No First Use can significantly enhance the global security climate. To cite an example, when China and India engaged in border clashes in June 2020 that resulted in dozens of casualties, their standing commitments to No First Use helped contain tensions and acted as a brake on escalation.

As more states adopt this principle of No First Use, the norm that nuclear weapons are weapons that must never be used will be further strengthened, reducing the incentive to build up nuclear arsenals. Further, this could help disrupt the vicious cycles of nuclear proliferation in which heightened nuclear threats induce more states to seek their own nuclear weapons.

Nor would the positive feedback generated by adoption of No First Use be limited to the security realm. Defusing the system of interlocking nuclear threats that has exacerbated tensions and divisions globally would free the resources currently expended on nuclear competition so they could be used to protect the lives, livelihoods and dignity of all against such threats as the COVID-19 pandemic and climate change.

I strongly call on all states parties to seize the opportunity of this NPT Review Conference to include in the Final Document commitments to a policy of No First Use by the nuclear-weapon states, support for this principle by all states parties and the extending of negative security assurances to all non-nuclear-weapon states, thereby promoting the transition to a new security paradigm.

An East Asian maxim states: “A person who falls to the ground rises back up by pushing against that very ground.” In just this way, we reveal our true strength as human beings when we go beyond simply resolving the immediate crisis and use that experience to create something entirely new.

We must remember that it was never the purpose of the NPT to establish continuing nuclear threat and confrontation as the inevitable fate of humankind.

Here it is crucial that we learn from the example of the world’s hibakusha—the victims of the Hiroshima and Nagasaki bombings and all those impacted by the development and testing of nuclear weapons—who have continued to give voice to the determination that no one anywhere should suffer what they have endured.

Until now, the prime focus of nuclear deterrence policy has been to dissuade adversaries from using nuclear weapons, a goal pursued by expanding nuclear arsenals. States should take a step back and turn the severe gaze they presently direct at the threat posed by other states toward the threats inherent in their own nuclear doctrines. I call on all states to earnestly focus on the contributions they each can make to the prevention of nuclear war and to dramatically reducing the risk of nuclear weapons use.

Establishing the principle of No First Use is a crucial first step toward this end. 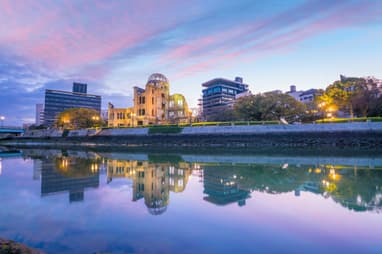 Ahead of the Tenth Review Conference of the NPT, Daisaku Ikeda, president of SGI, issued a statement urging that No First Use be taken up as a… Read more