Men do not always make war, nor do women always make peace happen. But around the world, often out of sight and in the face of unimaginable obstacles, women are doing extraordinary things to build, create and maintain peace. The roles women often play in society—caring for children and keeping families together—give them a particularly keen desire to prevent violent conflict.

Conflict resolution processes are commonly limited to former combatants, and women’s voices are thus missing from vital meetings which lay out future plans for a country emerging from conflict. More space needs to be allowed for women in the mainstream processes which attempt to prevent and resolve conflict.

In October 2000, the groundbreaking United Nations Security Council Resolution 1325 on women, peace and security was adopted, highlighting the disproportionate impact of war on women as well as the great untapped potential they can bring to processes of mediation, conflict resolution and peacebuilding.

Peace is not simply the absence of war. Even in countries that are not conflict-ridden, women suffer from verbal and physical domestic violence as well as discrimination. The establishment of a culture of peace—a way of life that values nonviolence and dialogue and in which the relationships between people are based on respect—can only be realized through the empowerment and inclusion of women at all levels. In this issue, the SGI Quarterly has invited contributions from around the world to show how women are using Resolution 1325 to build peace. Kavitha Suthanthiraraj is a research and policy manager at the Centre for Peace and Conflict at the University of Sydney. She is coauthor of… Read more 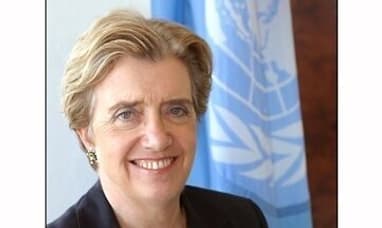 Being at the Table | Interview with Carolyn McAskie

Carolyn McAskie had a long and distinguished career with the United Nations, her positions including Assistant Secretary-General (ASG) for… Read more 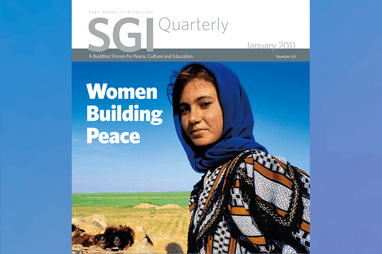