In 2018, the Seikyo Shimbun, the daily newspaper of Soka Gakkai in Japan, interviewed Ms. Jayathma Wickramanayake, UN Secretary-General’s Envoy on Youth, with the support of the SGI Office for UN Affairs. Ms. Wickramanayake spoke about her office’s work on youth, peace and security, particularly focusing on the Security Council Resolution 2250 on Youth, Peace and Security (YPS) and its progress study “Missing Peace.”

Jayathma Wickramanayake: Young people have the ideas, energy and ingenuity to develop new and innovative solutions. Today 1.8 billion people in the world are between the ages of 10-24. This is the largest and most interconnected generation of young people in history, which translates into a vast amount of untapped potential. Engaging with youth provides an increase in opportunities for conflict prevention and sustaining peace across geographical and political boundaries.

Yet much of this potential is lost, with over 600 million young people living in conflict or fragile settings, facing issues like high unemployment, low school enrolment, and limited access to health services. Exacerbating the problem even further, skewed media representations of young people as either pitiable victims of violent extremism or as combative perpetrators within conflict settings create a misunderstanding of young people and their potential.

We have to look beyond mass media representations to see that young people are, in fact, partners in peace-building and active contributors to conflict resolution. Countless youth groups wage peace, fight injustice and drive social and economic development.

They directly challenge and reject the false narratives labelling them as a threat to peace and stability in society.

One such young person is Mohamed Sidibay of Sierra Leone, who was orphaned at age 5 when he witnessed the murder of his entire family. Rather than go to school, Sidibay was forced to become a child soldier. It was a difficult time as he had to choose whether to kill, or be killed. When he reached age 14, Mohamed ran away at the JFK airport in New York in search of peace, education, and life in a community that would not judge him for the atrocities of his past, but rather help him to achieve his future aspirations.

Today he is a peace and human rights activist and a global education specialist whose work has spanned across five continents.

There are countless young people like Mohamed that we unfortunately do not hear about as often as we should be. Such as young women organizing to address female genital mutilation in the Gambia, young people providing alternatives to gang membership in Honduras, youth working to address the political conflict in the Palestine and school children mobilizing against gun violence in the United States of America.

Allowing young people to drive the conversation of conflict and peace through their unfiltered perspectives, without self-interested political posturing; supporting youth participation mechanisms; and including them in electoral processes, political party structures and formal peace processes and decision-making at regional, national and international levels are key to guaranteeing durable peace. To answer the last part of your question, I think Security Council Resolution 2250 is an excellent policy instrument that lays the ground for genuine youth participation in conflict prevention and sustaining peace.

As the Secretary-General Antonio Guterres said, “if we are serious about prevention, and particularly about preventing conflict, we need to be serious aboutengaging with and investing in young women and men.” Young people provide an opportunity to build peace; they are not a liability.

SS: The United Nations Security Council Resolution 2250 (2015) Progress Study has recently been concluded, and soon a full version of the Study will be released. What is the significance of the research findings, and what are the key points we should note? What are your expectations about how the research findings will be utilized in the future?

JW: On 9 December 2015, the Security Council recognized the crucial role of young people as peacebuilders through the adoption of the Resolution 2250 on Youth, Peace and Security (YPS). This was a historic step towards opening space for an active role of youth in building and sustaining peace.

The following year we started the work on the Progress Study on Young People’s Contribution to Peace.

As one of the most participatory processes ever supported by the UN, which included national and regional consultations, 281 focus group discussions in 44 countries, 27 country-focused studies, thematic papers, surveys and mapping exercise, the study aimed to define the strategy for the implementation of the UNSCR 2250. 4,230 young people from all regions of the world, who represented the aspirations of millions more, shared their vision, commitments and dedication for a more peaceful world.

The study showed that across the globe, there are extraordinary young people creatively seeking ways to prevent violence and consolidate peace. Young people have long been at the forefront of political and social change, challenging the status quo through peaceful protest, artistic expression and online mobilization. There are examples of young people and youth organizations involved at all phases of peace and conflict cycles, from prevention to humanitarian support to post-conflict truth and reconciliation processes. However, many are frustrated by the tendency of their Governments and international actors to treat youth as a problem to be solved, rather than as partners for peace.

Widespread stereotypes associate young people, and especially unemployed or uneducated young men, migrants, refugees and internally displaced people (IDPs), with violence, creating a counterproductive “policy panic.” This has led to young people throughout the world losing faith and trust in their governments, the international community, contributing to a strong and ongoing sense of injustice.

The UNSCR 2250 makes it clear that we must give young people a seat at the table. The Independent Progress Study breaks stereotypes and presents a reality which urges us to further solidify multi-stakeholder partnership to ensure that the principles of participation, protection, prevention, partnerships and re-integration are embraced by state and nonstate actors, including at the grassroots level.

I am particularly interested in the key recommendation focusing on the call to get young people into the formal peace processes. To support this, my Office in partnership with the Governments of Finland, Qatar and Colombia will be convening an international symposium on the role of youth in peace processes in March 2019 to develop a set of guidelines on how this could look like in practice.

SS: In contribution to the Progress Study, the SGI submitted reports on youth activities in the areas of abolition of nuclear weapons and disaster recovery efforts. The reports, particularly the latter, highlighted the activities of youth in Japan.

Discussions on peacebuilding naturally tend to focus on conflict areas or communities that recently experienced conflicts. What can youth who do not come from such countries do to contribute to peacebuilding? For example, while Japan is not experiencing a conflict, natural disasters have become a major issue widely affecting areas in Asia Pacific, including your home country of Sri Lanka. We believe the youth generation can play a major role in this regard.

JW: The papers submitted by the SGI, one on the role of youth in promoting nuclear disarmament and the other on youth contributions to disaster recovery, demonstrate that young people are making invaluable contributions to peace and security in their various local and national contexts.

Often people confuse the concepts of peace and security with absence or presence of conflict in any given country. However, that is not all of it. There are two key issues that need immediate attention: the growing mistrust from young generations towards formal political institutions, and the exclusion of young people from political, civic and economic life. These problems are not exclusive to conflict areas or communities which have recently experienced conflict.

Governments must continue to develop avenues for the participation of young women and men in conflict prevention and resolution and the promotion of social cohesion in societies. A safe and enabling environment where young people’s rights are protected needs to be fostered for them to thrive. This includes quality education, training and skills development, avenues for inclusive formal and informal political participation, and investments in their socio-economic development, including mechanisms to promote a culture of peace and tolerance.

Dedicated programmes from conflict prevention, with young people at their heart, are being designed. Finland was the first country to announce the development of a National Action Plan on UNSCR 2250. Finland also has a young Lennons programme, named for the former Beatles member and peace activist John Lennon, which ambitious tasks include contributing towards the modernization of peace movements and encouraging young people to be peacemakers in their everyday lives.

Since May 2015, we have a Global Compact for Young People in Humanitarian Action. It is an unprecedented and collective commitment of key actors to ensure that the priorities, needs and rights of young women and young men, girls and boys affected by disaster, conflict, forced displacement and other humanitarian crises, are addressed, and that they are informed, consulted, and meaningfully engaged throughout all stages of humanitarian action.

Young people’s resilience is transforming local communities while combating extremist movements and disaster events. We must prioritise youth participation in the adoption and implementation of policies that protect their rights. When empowered and given the right opportunities, youth are effective drivers of change and we clearly saw this in the most recent visit of the UN Secretary-General to Japan in August 2018. Secretary-General met with and was impressed with the work of young Japanese leaders for peace who are staunch advocates of nuclear free world.

This interview was published in Japanese in the Seikyo Shimbun, a daily newspaper of the Soka Gakkai in Japan, on 25 October 2018. We thank the Office of the Secretary-General’s Envoy on Youth for making this interview possible. 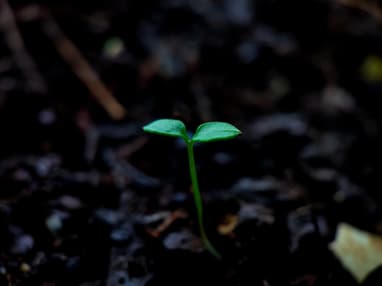 This paper was submitted by SGI to the UN as a contribution to the Progress Study on Youth Peace and Security, which was mandated by UN Security… Read more 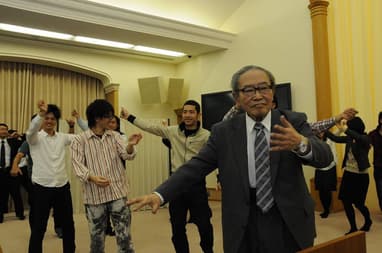 The Role of Youth in Nuclear Disarmament: Examining the Project, "The People’s Decade for Nuclear Abolition."

This paper was submitted by SGI to the UN as a contribution to the Progress Study on Youth Peace and Security, which was mandated by UN Security… Read more