On 17 August 2022, SGI, the UN Office of the High Commissioner for Human Rights (OHCHR) and Amnesty International convened the third edition of the series Human Rights Education for, with and by youth: A conversation with young people around the world, titled “Fighting Human Trafficking Through Human Rights Education.” The event was moderated by Flore Ghetti, a member of the SGI Youth Advisory Board.

Ghetti introduced the topic of the webinar by saying, “Human trafficking, also called trafficking in persons, has no place in our world. … With an estimated 24.9 million victims worldwide at any given time, human traffickers prey on adults and children of all ages, backgrounds and nationalities, exploiting them for their own profit. This is where the role of human rights education prevails.”

Aiki Matsukura, a young Japanese human rights educator, joined the event for a video screening showing her advocacy work. Matsukura worked for nearly eight years for an organization working to support the victims of sex trafficking in Japan. After the video, she began a conversation with attendees by saying that some may be surprised to hear that human trafficking is a serious issue in Japan, as it is considered one of the world’s safest countries. However, Matsukura pointed out, Japan is known in the international community to be notorious for human trafficking, which she attributes to the country’s large sex industry, as well as contributing socio-cultural factors such as the lack of sex education, commodification of young girls and legal loopholes.

Matsukura went on to share her inspiring journey in fighting human trafficking through human rights education. She shared powerful accounts of how patient outreach and education has helped victims of trafficking and sexual exploitation to realize that they have total autonomy over their bodies. “It is only through learning the importance of and having the experience of being respected that one can respect others’ rights. Human rights education with a focus on sex education raises the sense of self-esteem of individuals,” Matsukura said.

Approximately 200 people attended “Fighting Human Trafficking through Human Rights Education.” The next event in this series is scheduled to take place in October 2022. 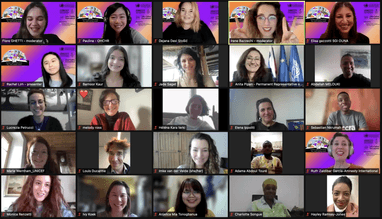 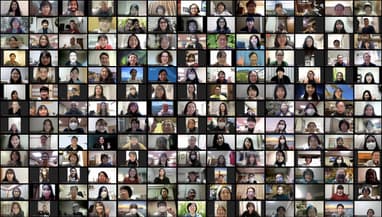 In honor of Human Rights Day 2021, SGI gathered over 600 global participants to hear from speakers and young activists on their strategies for… Read more 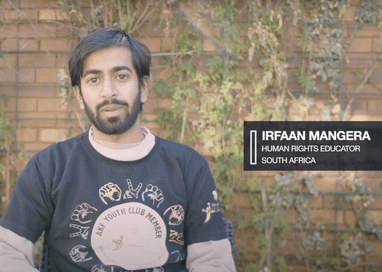 This film is an educational tool that describes the journey of Irfaan Mangera, Youth Activism Programme Manager at the Ahmed Kathrada Foundation, and… Read more